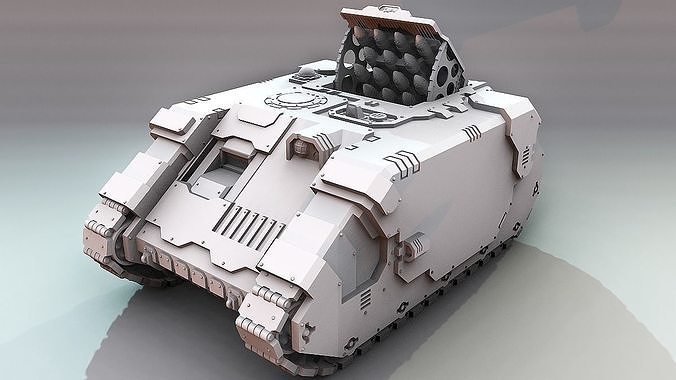 The last major variant of the Aion family became known as the Aion Pattern Bombard, a name well-earned over its years of service. Firing self-propelled missiles from hull-mounted banks into the depths of the enemy’s lines, fortresses and bunkers in an almost perpetual volley, the Bombard has become known not only as a necessary addition to many arsenals, but also as a vehicle feared by all who would face it, meeting their demise only moments after hearing the telltale whine of its missiles finding their target.