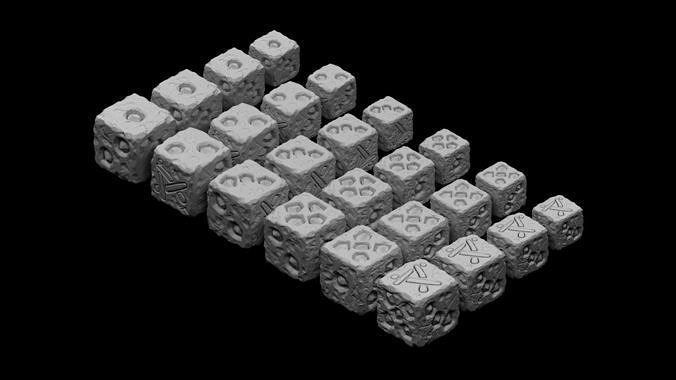 Steeling themselves, the pitiful remnants of the city's once proud populace descended. In the ancient halls of kingship they found the Dwarfs, now naught but gnawed bones and scraps of cloth. And there they saw by the dying light of their torches the myriad eyes about them, glittering like liquid midnight as the rats closed in for the kill. The manlings stood back to back and fought for their lives, but against such implacable ferocity and countless numbers of the verminous horde, their weapons were useless. The tide of monstrous rats flowed over them one by one, dragging them down to be torn apart, the yellow chisel-teeth sinking into their soft-flesh, the dark-furred mass drowning their pitiful screams with their hideous chittering... The Skaven, sometimes known as the Ratmen, the Ratkin or the Children of the Horned Rat, are a malevolent and diabolical race of large humanoid rat-creatures that inhabit a massive inter-continental underground empire known in their tongue simply as the Under-Empire, where at the very heart of Skavendom lies the horrific city of Skavenblight, the species capital city and the probable birthplace of the Skaven race. The Skaven as a whole are a cruel, treacherous, and highly numerous species that have since spread their loathsome corruption to the farthest corners of the Warhammer World. From deep below the earth, these scavengers have built a vast Empire, whose military power and incomprehensible numbers have the potential to smother the kingdoms of the Old World in a seething tide of violence and anarchy. It is believed by all of Skaven-kind that the world is destined to be theirs, for they consider themselves the Supreme Master Race, undeniably superior in every way to all the other races of the World. This unwavering belief stems from the promises made by their horrifically malevolent deity, known by many legendary names, but his most well-known title is that of the Horned Rat. The Horned Rat is known as the Harbinger of Corruption and Disease, the embodiment of all things the Skaven are or ever will be, and whose worship over the Under-Empire is both supreme and absolute.[1i] Within the cruel hierarchy of the Under-Empire, the wishes and demands of the Horned Rat are issued and maintained by the ruthless tyranny of the Council of Thirteen, an organisation that consists of the twelve most powerful Warlords within the Under-Empire whilst the thirteenth seat is reserved for the Horned Rat himself. It is due only to the Council's harsh tyranny that the Under-Empire remained unified in some shape or form for centuries, for none could ever hope to overcome the legions of warriors the Council has under their iron-fisted rule. Out of all the mortal civilisations within the greater world, no single race, neither the ruthless barbarian tribes of the north nor the savage greenskins of the east can be compared in terms of instability to that of the Skaven Under-Empire. The Skaven race as a whole is extremely divided, often far more divided than perhaps any other race known in existence. Such disunion and ruthless lack of cooperation stems from the Skaven's insatiable need to survive, thrive, and reign tyrannically over his brethren. To a Skaven, there is no such thing as pity, remorse, compassion, or cooperation. There is simply survival, survival in a turbulent society that only spares those that possess the brute strength, extreme cunning, and the vicious instinct to outmaneuver and kill the opposition, no matter the cost or the body count of either friend or foe. Though no matter how divided their race may be, they are nonetheless unified in a single cause, and that cause is to conquer the surface world and bring about the Great Ascendancy, where it is said that the Horned Rat's children will swarm across the face of the earth and claim all of it as their own.

NOTES: Anycubic photon. You need to orient the parts yourself. The scale should be 1:1. Format files - STL