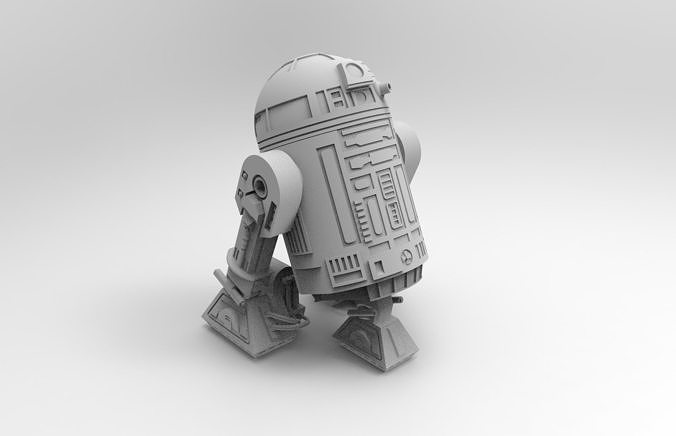 R2-D2 or Artoo-Detoo is a fictional droid character in the Star Wars franchise created by George Lucas. He has appeared in nine of the ten Star Wars films to date. At various points throughout the course of the films, R2 is a friend to C-3PO, Padmé Amidala, Anakin Skywalker, Leia Organa, Luke Skywalker, Obi-Wan Kenobi, BB-8 and Rey.

English actor Kenny Baker played R2-D2 in all three original Star Wars films and received billing credit for the character in the prequel trilogy, where Baker's role was reduced as R2-D2 was portrayed mainly by radio controlled props and CGI models. In the sequel trilogy, Baker was credited as consultant for The Force Awakens; however, Jimmy Vee also co-performed the character in some scenes. Vee later took over the role beginning in The Last Jedi.

R2-D2 was designed in artwork by Ralph McQuarrie, co-developed by John Stears and built by Peteric Engineering. The revised Empire Strikes Back droids were built by Tony Dyson (sometimes incorrectly credited as the maker of R2-D2) and his Rocking Horse Toy Company. R2-D2's sounds and vocal effects were created by Ben Burtt.