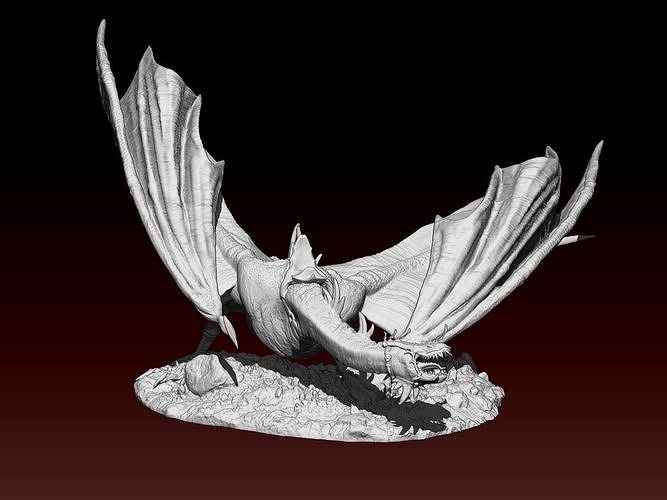 Fell beasts are coal-black flying creatures that the Nazgûl used both for transportation and mounted during some battles. These giant winged beasts are considered to have appeared from “an older world”. And though this species was expected to go extinct, Sauron most likely saved the creatures to breed and give to his servants, the dreaded Ringwraiths. The model is saved in STL files, a format supported by most 3D printers. Fell beast 3D Printing Figurine comes in 4 versions for each 3D printer type (FFF/FDM, DLP/SLA, DLP/SLA Eco and SLS). Files for each version are available for download after the purchase.