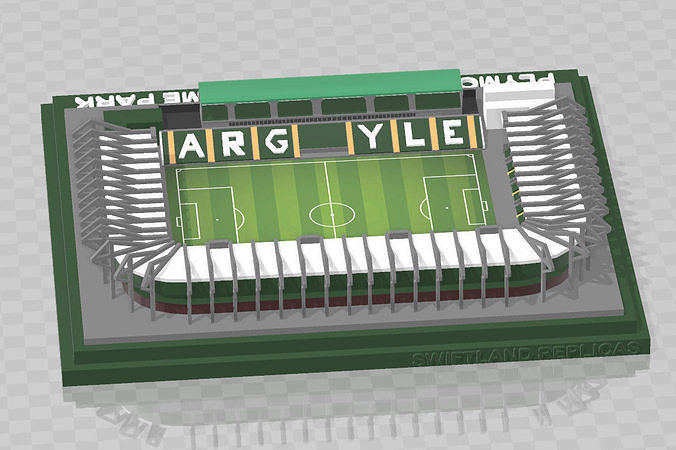 Home Park is a football stadium in Plymouth, England. The ground, nicknamed the Theatre of Greens, has been the home of Football League One club Plymouth Argyle since 1901.

After undergoing considerable development in the 1920s and 1930s, the ground suffered heavy damage in World War II. It reopened in time for the resumption of the Football League in 1945, and underwent further improvements in the 1950s, including the installation of floodlights and a new double-decker grandstand. The ground remained relatively unchanged until 2001, when construction of three new all-seater stands began.[4] The work was completed in 2002, and after further work the stadium became all-seater in the summer of 2007. The Mayflower stand, known as the Grandstand, reopened fully on 1 January 2020 following a significant refurbishment. The other three stands are each very similar in design and are linked together at the corners, having been built in 2001. The Devonport End houses the more vocal of the club's supporters. The Lyndhurst Stand is the largest of the three stands, holding about 7,000 spectators, including the corners. The corner towards the East side of the ground is now the dedicated family corner. The Barn Park End is where the away supporters are housed. It holds about 3,000 spectators. The standard allocation given to visiting clubs had previously been 1,300, and this had been increased in the past whenever demand required it. although only 1,300 tickets were issued to away fans for the upcoming 2018-19 season. (Wikipedia)

The model can be printed in one piece with minimum supports, or as the stadium and then the roof and assembled. The pitch should be printed on sticky back label printer paper and attached.