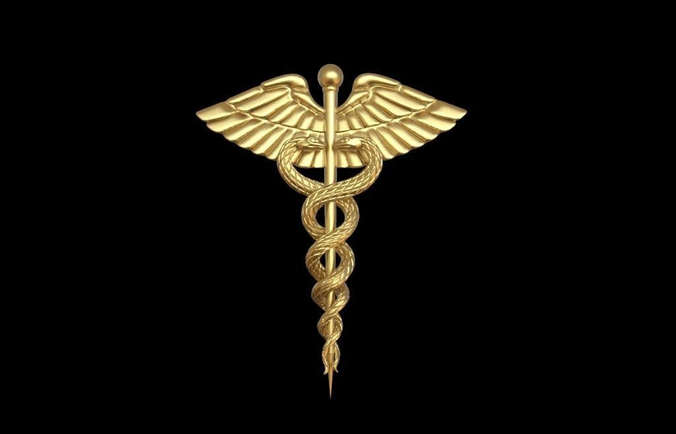 Caduceus is the staff carried by Hermes Trismegistus in Greco-Egyptian mythology and Hermes in Greek mythology. The same staff was also borne by heralds in general, for example by Iris, the messenger of Hera. It is a short staff entwined by two serpents, sometimes surmounted by wings. In Roman iconography, it was often depicted being carried in the left hand of Mercury, the messenger of the gods, guide of the dead, and protector of merchants, shepherds, gamblers, liars, and thieves.