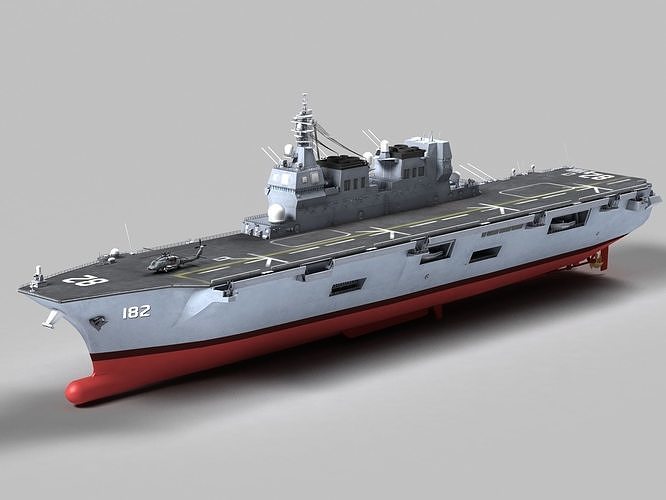 Ise DDH is a Hyūga-class helicopter destroyer of the Japan Maritime Self-Defense Force (JMSDF). It is the second ship to be named Ise, the first being the Imperial Japanese Navy World War II-era battleship Ise. The Hyūga-class helicopter destroyer is a class of helicopter carrier built for the Japan Maritime Self-Defense Force (JMSDF). Two - Hyūga and Ise - were built; upon completion the class were the largest ships built for the Japanese navy since the Second World War. Hyūga was described in a PBS documentary as the "first Japanese aircraft carrier built since WWII. The Hyūgas were followed by the larger Izumo class, the first being commissioned in March 2015. The Izumos will replace the Shirane-class helicopter destroyers; the Hyūgas were originally meant to replace the Shiranes. The specifications of the Hyūga class are comparable to light aircraft carriers, such as the Italian Giuseppe Garibaldi and the old spanish Príncipe de Asturias.