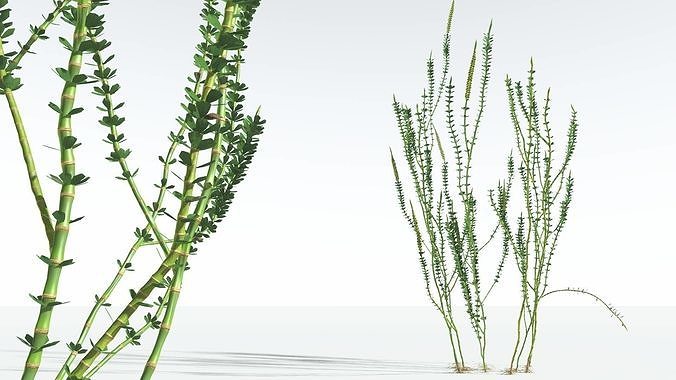 Habitat: Small extinct plant that was part of the Carboniferous forest understory. It appeared in the Devonian period and went extinct in the Permian; it is possible some species survived until the Triassic. It appears to have occupied the swampy shorelines in between larger plants, and probably had it's roots in water.

Notes: Related to modern day clubmosses and horsetails, but with no modern day representatives. It had a small herbaceous body with jointed stems, cuneate leaves in whorls of three or multiples of three, and terminal cones or sporophylls. Anatomic aspects of the plant suggest both an aquatic and a terrestrial habitat.