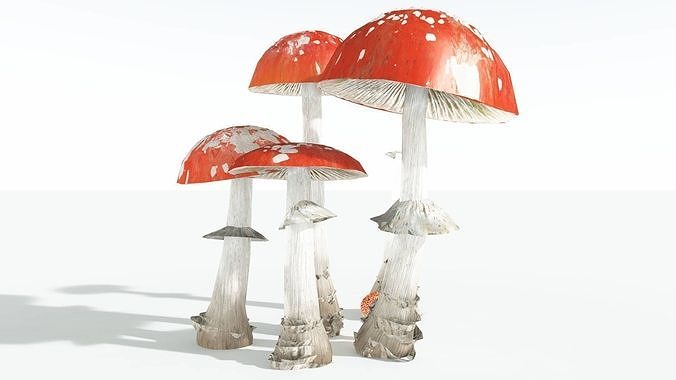 Habitat: Native throughout the temperate and boreal regions of the Northern Hemisphere, this species has been unintentionally introduced to many countries in the Southern Hemisphere and is now a true cosmopolitan species. It associates with various deciduous and coniferous trees where it forms a symbiotic relationships. Trees include pine, oak, spruce, fir, birch, and cedar where it is commonly seen at the base.

Range: This is a cosmopolitan mushroom, native to conifer and deciduous woodlands throughout the temperate and boreal regions of the Northern Hemisphere, including higher elevations of warmer latitudes in regions such as the Mediterranean and Central America. A recent study suggests it had an ancestral origin in the Siberian–Beringian region, before radiating outwards across Asia, Europe and North America. It has been widely transported into the southern hemisphere, including Australia, New Zealand, South Africa and South America.

Notes: Arguably the most iconic toadstool species, fly agaric is a large white-gilled, white-spotted, usually red mushroom, and is one of the most recognizable and widely encountered in popular culture. It is generally common and numerous where it grows, and is often found in groups with all stages of development. The season for fruiting varies in different climates: fruiting occurs in summer and autumn across most of North America and Europe, but later in autumn and early winter on the Pacific coast. The name of the mushroom is thought to derive from its use as an insecticide when sprinkled in milk. This practice has been recorded from Germanic- and Slavic-speaking parts of Europe, as well as in France and Romania.

Included in this Package: 12 models in total

EVERYPlant has a mission ... which is to model every plant species in the world (plus some extinct, fantasy and sci-fi variations as well)! Okay, maybe not every plant, but at least the identifiably different species which have at least a common name!