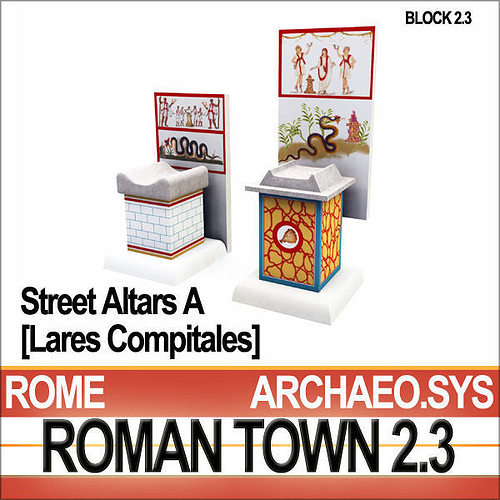 All the Models are prepared Low-Polygon, Hi-DEF and Photoreal, perfect for any type of Rendering and specially for Medium and Long-Shot Range!

The Quality of Model and Textures make the model useful also for many types of close-up renderings.

These models are useful for many types of sceneries, ancient sceneries but also modern ones, as for Roman re-enactment.

The Archaeo.Sys 3D series is developing high-fidelity 3D reconstruction of Objects, Architecture and Scenes from Classical Greek and Roman Antiquity.