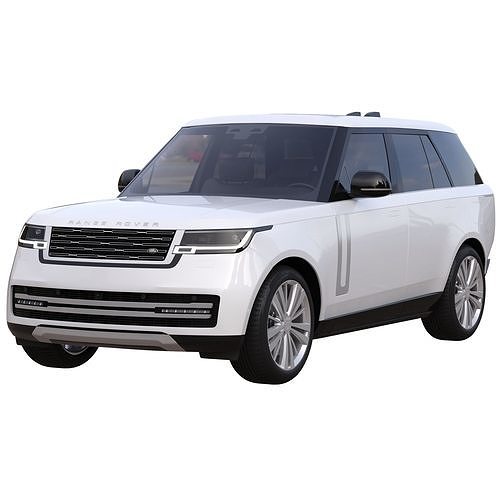 9 years after the release of the 4th generation, the completely new Land Rover Range Rover 2022 model year, the fifth generation, is officially presented. The SUV has received a more modern design with streamlined shapes, retractable door handles and signature glass, which is an integral feature throughout the car's life cycle. In general, the designers have kept the continuity and iconic silhouette. The body of the new 2022 Range Rover model year has undergone the most significant changes in its rear, where new optics have appeared. The double-leaf tailgate retained its design, acquired servos, like the rest of the side doors. The massive body of the car is perfectly emphasized by black pillars and tinted glass, and on the sidewalls of the body there are branded marks of the brand, this time, inverted U-shaped ones. The front part deserves special attention, but if its design did not bring surprises as expected, then the optics deserve special praise. It is LED, but each headlight has 1.2 million micromirrors, directing the light flux to the desired points. As a result, such lighting can not only hit 500 meters, but also draw light clues on the road.