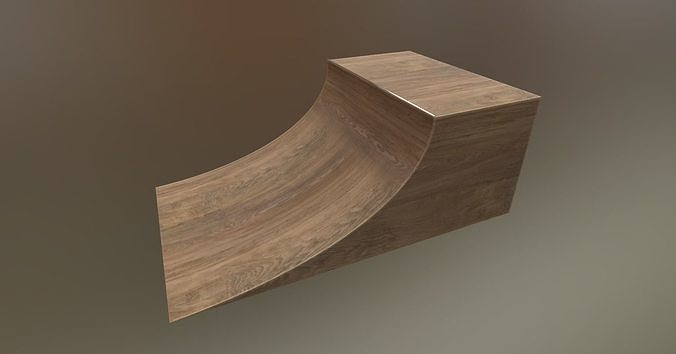 The structure resembles a cross-section of a swimming pool, essentially two concave ramps (or quarter-pipes), topped by copings and decks, facing each other across a flat transition, also known as a tranny.[1] Originally half-pipes were half sections of a large diameter pipe. Since the 1980s, half-pipes contain an extended flat bottom between the quarter-pipes; the original style half-pipes are no longer built. Flat ground provides time to regain balance after landing and more time to prepare for the next trick. Half-pipe applications include leisure recreation, skills development, competitive training, amateur and professional competition, demonstrations, and as an adjunct to other types of skills training. A skilled athlete can perform in a half-pipe for an extended period of time by pumping to attain extreme speeds with relatively little effort. Large (high amplitude) half-pipes make possible many of the aerial tricks in BMX, skating and skateboarding.

For winter sports such as freestyle skiing and snowboarding, a half-pipe can be dug out of the ground or snow perhaps combined with snow buildup. The plane of the transition is oriented downhill at a slight grade to allow riders to use gravity to develop speed and facilitate drainage of melt. In the absence of snow, dug out half-pipes can be used by dirtboarders, motorcyclists, and mountain bikers.

Performance in a half-pipe has been rapidly increasing over recent years. The current limit performed by a top-level athlete for a rotational trick in a half-pipe is 1440 degrees (four full 360 degree rotations). In top level competitions, rotation is generally limited to emphasize style and flow

Most commercial and contest ramps are surfaced by attaching sheets of some form of masonite to a frame. Many private ramps are surfaced in the same manner but may use plywood instead of masonite as surface material. Some ramps are constructed by spot-welding sheet metal to the frame, resulting in a fastener-free surface. Recent developments in technology have produced various versions of improved masonite substances such as Skatelite, RampArmor, and HARD-Nox.[6] These ramp surfaces are far more expensive than traditional materials.

Channels, extensions, and roll-ins are the basic ways to customize a ramp. Sometimes a section of the platform is cut away to form a roll-in and a channel to allow skaters to commence a ride without dropping in and perform tricks over the gap. Extensions are permanent or temporary additions to the height of one section of the ramp that can make riding more challenging.

Creating a spine ramp is another variation of the half-pipe. A spine ramp is basically two quarter pipes adjoined at the vertical edge.