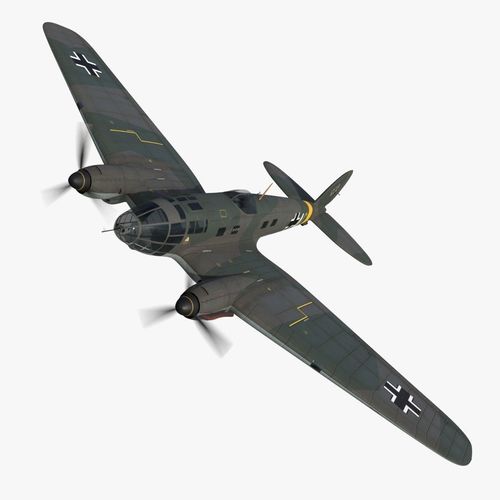 The Heinkel He.111 was a German bomber from the Luftwaffe used on many fronts in Europe during the WWII. This model is a historical re-enactment of Major Herbert Wittman's plane. This plane was integrated in the KG (Kampfgeschwader) 53 unit group. It was based in Olsufjewo on the Southern Russian front and it was in service during all summer of 1943. This He.111 was used for low-altitude ground-strafing missions.

The wreck textures set is available in this model.

The 3D model is ready for game and low poly using. All materials are ready for PBR rendering.

File formats don't include textures. All textures are in a specific folder named 'Textures' The model is rigged and animated for a cycle ration of propellers animations a wheels positions outside or inside the wings.

The HDRI is not included.